If government of Lesotho continues to shut their ears on the plight of the victims of the 1970-74 State of Emergency  (Qomatsi) atrocities, we shall have no option but to take them to the international court.

Following is the model of what we have always proposed and continue to propose, not only for the victims of Qomatsi, but of 98 years of British rule, that has destroyed the very fabric of Basotho as a people, as well. 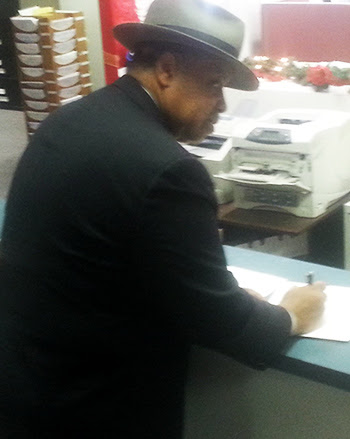 John Cheeks submits proposed legislation to DC Board of Elections

Washington, DC (BlackNews.com) — On February 10, 2017, proposed legislation was submitted to the DC Board of Elections. It is a model for legislators to provide opportunities for previous slave owners, and those that participated in enslavement of African Americans families to make amends.

The proposed legislation submitted by John Cheeks, head of the United States Citizens Recovery Initiative Alliance Inc. (USCRIA), is the first legislation to provide benefits, at no cost to the taxpayers. It is also an opportunity for individual families, industries, businesses, faith based institutions, governments and others to be held accountable.

The Legislation will help descendants of American Slaves, many of whom live in poor, underserved, and high crime areas in the United States. The benefits are not handouts, and differ from other historical reparations, such as those given to Japanese citizens entered during WW II and Native Americans.

Cheeks comments, “All benefits are designed to improve life for individuals, families and communities. In doing so, the nation benefits.”

His proposal is that these benefits will be paid by major U.S. and international corporations and foreign governments which fostered and participated in slave trade. Budgets are being prepared for distribution of funds collected from those entities that participated in some way with slavery. Eligibility criteria have been proposed which include proof by DNA testing. Those claiming benefits must be 40% descendants of slaves, and born in the United States.

Distribution of the benefits has been proposed, in part, to be based on DC Ward populations. Further details are being studied and are schedule to be submitted to the Board of Elections the end of this month. This is necessary for the initiative to be on the November, 2017 ballot for the public to vote if such an initiative should be enacted into law.

The proposed law, the DC Recovery Act, objective is to restore identities, cure injuries and provide opportunities and justice to families that were subjected to inhumane treatment.

The proposed legislation was drafted over a year, by a team of experts and citizens working with USCRIA, and was submitted to the DC Board or Elections, on the same date as the United States Congress initiated the Fugitive Slave Law on February 12, 1793.

For the complete text of the proposed legislation, go to www.uscria.com/legislation.html